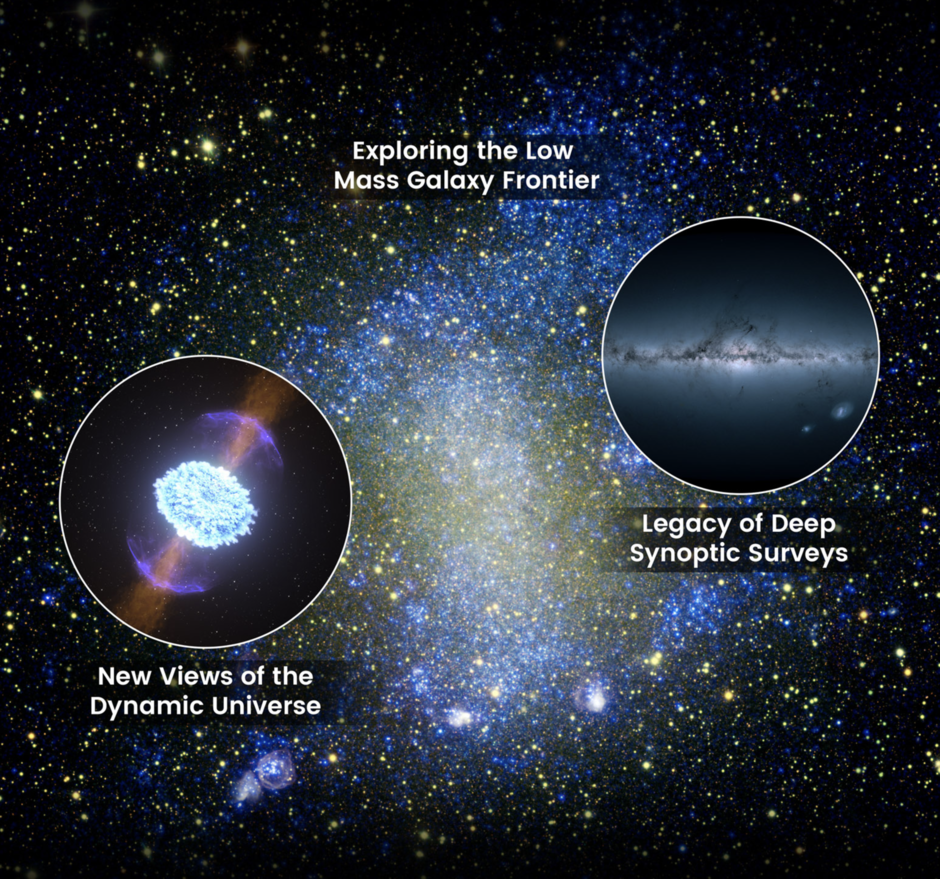 The Ultraviolet Explorer (UVEX) is one of two missions selected by NASA to conduct mission concept studies as a Medium Explorer (MIDEX). NASA plans to select one Medium Explorer mission in 2024 to proceed with implementation. Launching no earlier than 2027, UVEX would undertake a synoptic survey of the entire sky in the near-UV and far-UV, probing the dynamic universe with a sensitivity more than 50 times better than GALEX. UVEX would also have a powerful broadband spectroscopic capability. UVEX would address fundamental questions from the Astro2020 Decadal Survey, and study the evolution of low-metallicity, low-mass galaxies. UVEX time-domain surveys could probe the aftermaths of gravitational wave-discovered compact object mergers, discover fast UV transients, and diagnose the early stages of explosive phenomena.  Details are presented in the science overview paper.

This meeting, the “First UVEX Community Workshop: Synergies and New Opportunities”,  will be held in Pasadena, CA on the Caltech campus from 13-15  March 2023, and will bring together experts in the community to discuss the benefit of the UVEX surveys to a broad range of research areas.  The goal of the workshop is to offer the community a detailed introduction to the UVEX proposed capabilities, as well as the science opportunities with the data archive.  The meeting will be a chance to define in depth a variety of potential research projects enabled by planned UVEX observations, in addition to discussing the major science themes of the mission. Session topics will include:  gravitational wave astronomy; UVEX science in the Galactic plane; UV emission from galaxies, especially low mass low metallicity galaxies; UV observations of exoplanet atmospheres; time domain astronomy; and synergies with other facilities.

VENUE:  The conference will take place in the Hameetman Auditorium of the Cahill Center for Astronomy and Astrophysics on the Caltech campus in Pasadena.